Not too often do we have to introduce and say farewell to a resident all within one post. Unfortunately, Bert's time with us was short, but we loved him all the same. Despite only being with us for less than 2 weeks, we have a fair amount to tell you about him and his courageous battle.

First of all, Bert came into our care after recently losing his cage mate to an unknown cause. He'd understandably become quite depressed, so his owner was seeking a new retirement home with someone experienced in bonding elder bucks. We decided to reach out to them and offer him a home to live with our current bucks; Alfie, Arthur, and Rowan.
Upon arrival, it became very clear to us that Bert was living with an undiagnosed pituitary tumour and osteoarthritis. We decided to hold off for an hour or two and monitor his behaviour before administering any strong drugs that may not have been appropriate. We contacted our veterinarian frequently throughout and discussed any findings. With a PT it is essential that medications are administered as soon as possible, so we had no time to waste - it wasn't clear how long Bert had already been living with the tumour.

After an hour or so had passed, we'd discovered the following symptoms:

After observing clinical symptoms, the diagnosis of a Pituitary tumour and Osteoarthritis was made and Bert was introduced to Cabergoline/Galastop: a dopamine receptor agonist which works by reducing the risk of certain hormones produced by the pituitary gland. He was also introduced to intermittent Dexafort (dexamethasone) corticosteroid injections to help reduce the inflammation surrounding the tumour. Steroids work on the inflammatory pathways in a much more potent way than NSAIDs. Steroids also mimic cortisol release and can put the patients body into stress, this differs from NSAIDs which solely focus on pain relief. Sometimes steroids are of more benefit particularly when you need fast-acting relief from swelling such as with an acute brain injury - or a pituitary tumour, in Bert's case.
We queried about introducing a Tramadol (opioid) pain relief for his osteoarthritis. Studies have shown that opioid usage typically isn't all that it is cracked up to be for chronic pain. However, to put it bluntly, Bert wasn't going to be around long enough for it to become a problem. Normally, we would use Metacam/Meloxicam (NSAID) for osteoarthritis in patients. Sadly, in this case it was not an option. Using a non-steroidal with a steroidal can cause severe health problems and will counteract each other - so we felt the need to jump straight to the opioid usage. The vet was slightly hesitant to introduce the pain-killer as they'd hoped that the steroid injection would've helped the inflammatory aspects of Bert's arthritis as well - at a later date it was deemed necessary to introduce Bert to Tramadol.
Bert was also introduced to our favourite WUB porridge with added ground maintenance diet, plain oats, and honey. We also added DrS Polyaid to the porridge for emergency nutrition given that it was clear he'd been losing weight and had been having difficulty eating - thus meaning inadequate nutritional consumption. 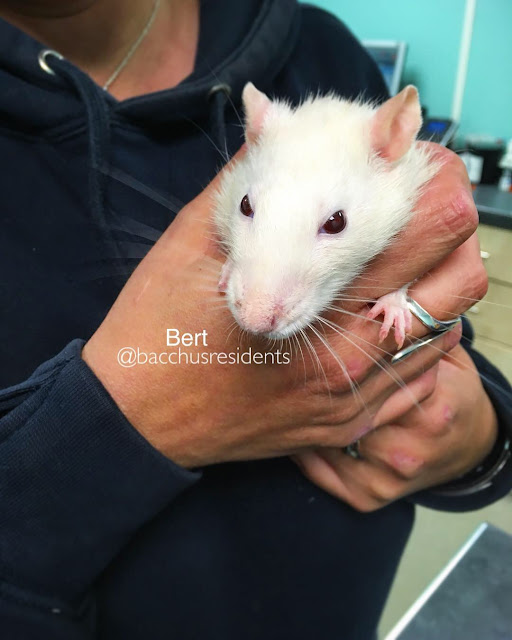 The initial improvements from the drugs were visible within a few days. Bert's appeared visibly more comfortable with his movements and he was able to eat much more independently. He also had a lot more energy through more efficient food utilization. The footage below doesn't demonstrate Bert's inability to balance and other neurological abnormalities. Though they'd improved, they were by no means eradicated. We were able to work around them with added ramps and shelves, hammocks, and having soft food available 24/7. We even managed to quickly bond Bert to the pre-existing mischief of bucks.

Despite initially responding to the medication, Bert deteriorated very suddenly. He began hiding his face and hugging corners. He was also demonstrating signs of HLD (hind-leg degeneration) which is a common degenerative symptom which often accompanies osteoarthritis. One thing was clear; Bert was in pain. It was likely Bert was experiencing a severe headache due to the pituitary tumour. Unfortunately, we were too little too late when we rescued him. If caught early, intense medicinal treatment can expand a rats life-span by up to 6 months, it can even make the tumour shrink.
We spoke intensely with our veterinarian and it was decided the most humane thing for Bert would be to have him humanely euthanised. 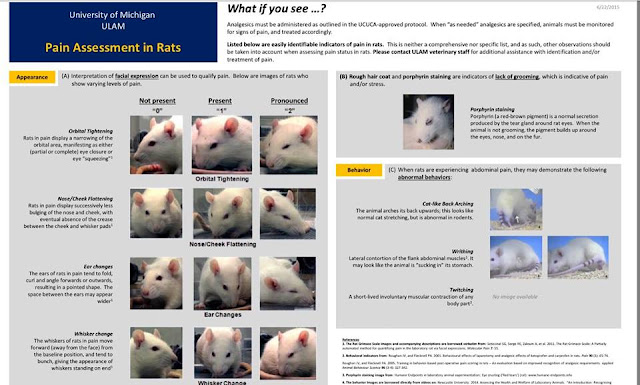 You can keep up with our residents on our Instagram.