We initially noticed Bradley developed some form of angry looking neoplasia on his scent gland. It was immediately clear that Bradley had been having a nibble - he had a couple of blood stains in his fur. We knew whatever it was had to be removed - ideally before Bradley removed it himself. We booked him a vet appointment, and he was to be seen the following day. 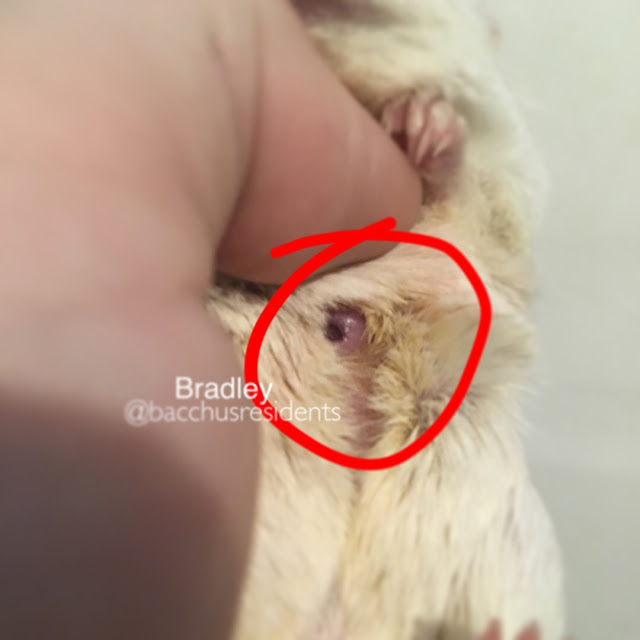 When packing up Bradley in his pet carrier to go to the vet, we decided Brandon could come along to keep him company. When we were packing Brandon too, we noticed a more-or-less identical neoplasia on his scent gland too - the only difference being the location on the scent gland itself. We decided we may as well mention it to the vet whilst we were there with Bradley. 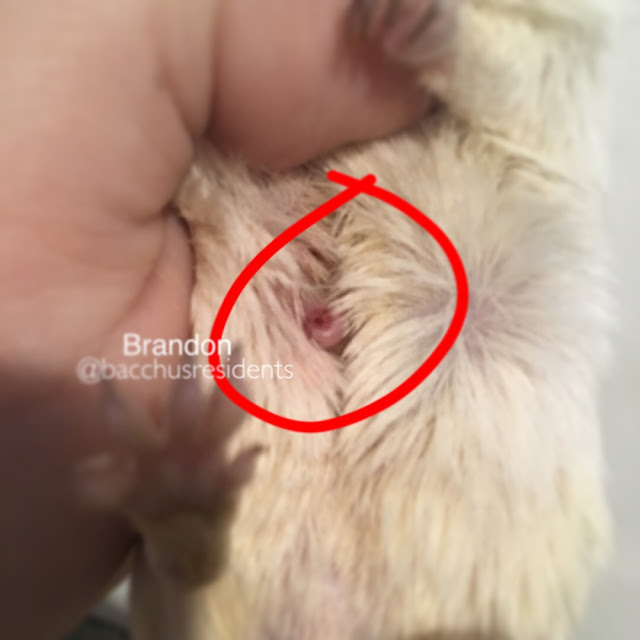 The vet could see that both boys had scent gland adenomas. It was best that the boys had their scent glands surgically removed. We'd actually already had the exact same surgery performed on one of our previous resident gerbils - Isis - Bradley's and Brandon's sister. We have written a previous post about it on our blog before.
If left, gerbils normally tend to remove adenomas themselves anyway (something else we have had previous experience with, too)! It can get quite nasty if they remove it themselves, and it can even lead to secondary bacterial infections or metastasize to other parts of the body.
We agreed that we should go ahead with the surgery, the surgery was going to be performed the following week. Both gerbils were supported with Metacam/Meloxicam (NSAIDS) in the mean time.

The day for surgery came, and we eagerly awaited to see if our boys pulled through. We had horrible thoughts of only one brother pulling through, meaning one of the boys would've been left alone.
Thankfully, both boys came through brilliantly! We had made the request for the gerbils to be suchered internally and glued externally. Previously, when Isis had surgery, it seemed to be a successful way to keep the surgical opening closed - she had a habit of pulling herself apart - a recurring theme with animals.
The boys were to be housed in separate hospital accommodation until healed. Finally, once healed, we were going to safely reintroduce the boys via the 'split cage' method. 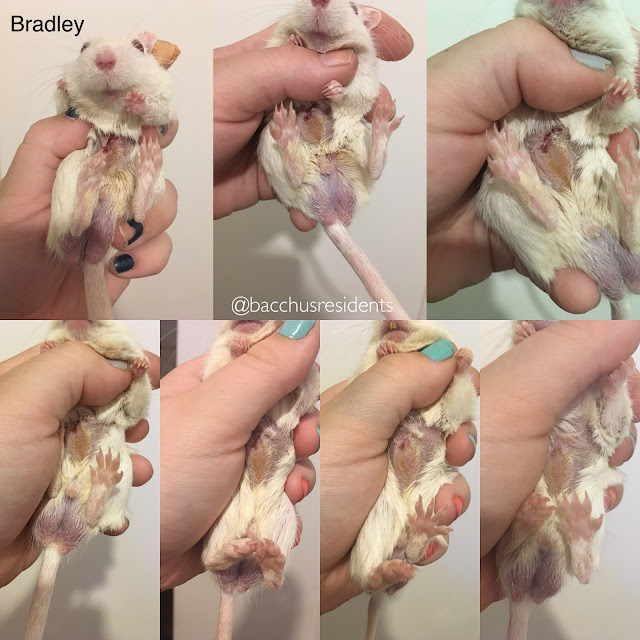 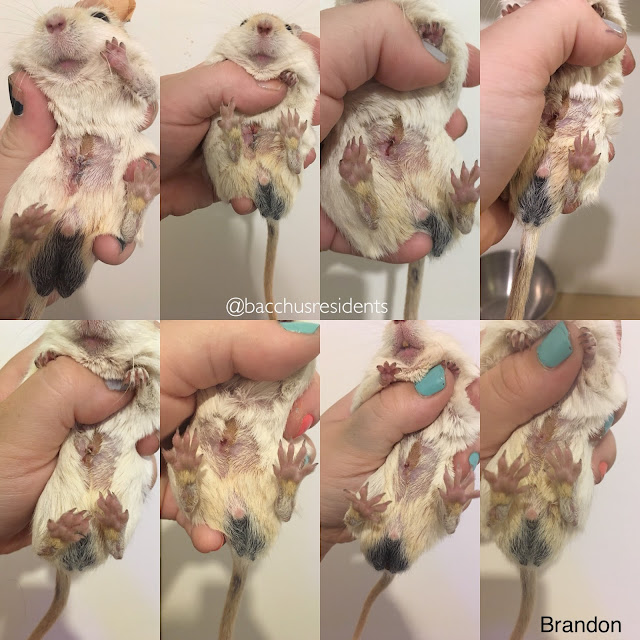 Bradley and Brandon both bounced back from surgery astoundingly quickly. In fact, their post-surgery healing process may have been one of the easiest we've ever dealt with.
Once the boys had fully healed, we put the boys through a split cage introduction. Just like their recovery, the boys introduction went extremely smoothly. 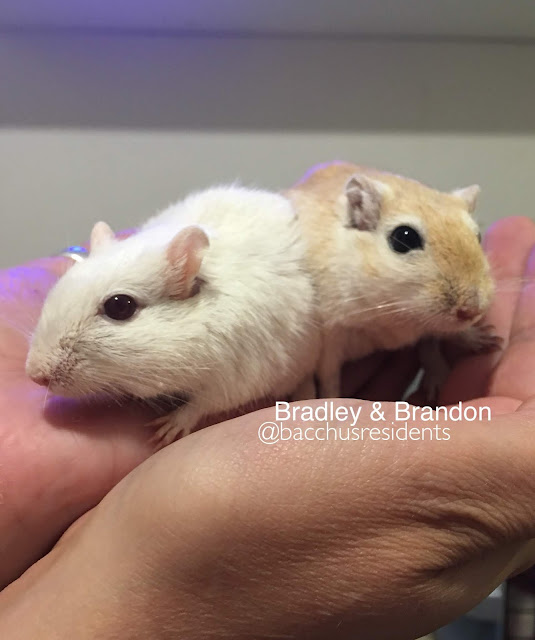 You can keep up with Bradley and Brandon on our Instagram.